Security and Incident Response teams manage the handling of information security incidents within their organisation or network – their tasks broadly range from prevention and awareness raising, via incident detection to the actual tracking and resolving of incidents and drawing lessons from that. The Trusted Introducer Service – a.k.a. TI – was established by the European CERT community in 2000 to address common needs and build a service infrastructure providing vital support for all security and incident response teams.

The Trusted Introducer Service forms the trusted backbone of infrastructure services and serves as clearinghouse for all security and incident response teams. It lists well known teams and accredits as well as certify teams according to their demonstrated and checked level of maturity. Vital member’s only services enabling security and incident response teams to interact more efficiently and effectively with each other are available to all accredited and certified teams. 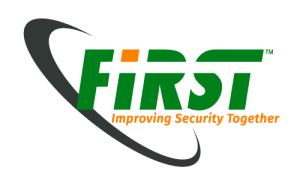 FIRST is the Forum of Incident Response and Security Teams. The idea of FIRST goes back until 1989, only one year after the CERT(r) Coordination Center was created after the infamous Internet worm. Back then incidents already were impacting not only one closed user group or organization, but any number of networks interconnected by the Internet.

It was clear from then on that information exchange and cooperation on issues of mutual interest like new vulnerabilities or wide ranging attacks – especially on core system like the DNS servers or the Internet as a critical infrastructure itself – were the key issues for security and incident response teams.

Since 1990, when FIRST was founded, its members have resolved an almost continuous stream of security-related attacks and incidents including handling thousands of security vulnerabilities affecting nearly all of the millions of computer systems and networks throughout the world connected by the ever growing Internet.

FIRST brings together a wide variety of security and incident response teams including especially product security teams from the government, commercial, and academic sectors. 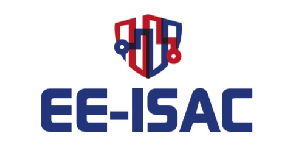 APWG is the international coalition unifying the global response to cybercrime across industry, government and law-enforcement sectors and NGO communities. APWG’s membership of more than 1800 institutions worldwide is as global as its outlook, with its directors, managers and research fellows advising: national governments; global governance bodies like the Commonwealth Parliamentary Association, Organisation for Economic Co-operation and Development, International Telecommunications Union and ICANN; hemispheric and global trade groups; and multilateral treaty organizations such as the European Commission, the G8 High Technology Crime Subgroup, Council of Europe’s Convention on Cybercrime, United Nations Office of Drugs and Crime, Organization for Security and Cooperation in Europe, Europol EC3 and the Organization of American States. APWG is a member of the steering group of the Commonwealth Cybercrime Initiative at the Commonwealth of Nations.